THIS HOLIDAY SEASON, JOIN MARVEL UNLIMITED AND ENJOY YOUR FIRST MONTH FOR FREE!

THIS HOLIDAY SEASON, JOIN MARVEL UNLIMITED AND ENJOY YOUR

New York, NY— December 23rd, 2015—Are you looking for the best apps to download on that new phone or tablet? Look no further! This holiday season, Marvel is inviting fans to explore a universe of content through Marvel Unlimited!  From now until the end of the year, Marvel Unlimited is offering new and returning subscribers their first month free! For the first month of a Marvel Unlimited monthly subscription, new and returning subscribers will be able to enjoy free access to over 17,000 digital Marvel comics including the new Marvel Star Warscomics – Star Wars, Darth Vader, Princess Leia andKanan: The Last Padawan and over 500 Star WarsLegends digital comic books!

Start a new subscription or share as a gift by using the Promo Code COMICS16 at Marvel Unlimited Checkout and prepare for some of the greatest adventures ever from the Marvel, Disney Kingdoms,Star Wars Legends, and Star Wars Universes!  Marvel Unlimited is accessible on the web and through the Marvel Unlimited app on iPhone®, iPad® and Android™ devices. Plus, new subscribers will also receive a free gift – a Digital Comics Starter Pack consisting of digital copies of All-New, All-Different Point One #1 (2015), Avengers #0 (2015), Captain America: Sam Wilson #1 (2015), Doctor Strange #1 (2015), The Astonishing Ant-Man #1 (2015) and The Unbeatable Squirrel Girl #1 (2015). Users will receive separate codes to redeem their Digital Comics Starter Pack via email on or about 1/11/16.

New to the Marvel Universe and don’t know where to start? No need to worry! Marvel Unlimited subscribers have access to the DISCOVER section of Marvel Unlimited. Subscribers are now able to discover easy-to-follow avenues into the Marvel and Star Wars Universes by being able to search by their favorite storylines, characters or creators.

Additionally, the next generation of Star Wars comics is now available in Marvel Unlimited beginning with the critically acclaimed and record breaking Star Wars #1 by Jason Aaron and John Cassaday. With over 17,000 digital comics available through one app, this is sure to be one of the best presents you can offer this year for fans of all ages!

Offer is open to new and former (now-cancelled) Marvel Unlimited members. Offer not valid on gift subscriptions, Annual or Annual Plus memberships. Valid payment card required to redeem offer. Cancel anytime through My Account following registration.  Auto-renewal and other terms and conditions apply; please see Marvel Unlimited Terms of Use for terms and Marvel.com/Unlimited for further details.

Get the NERD App!

Ladies of the Round Table 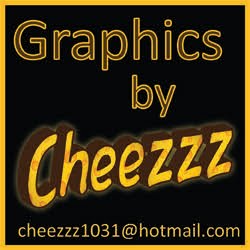